The purpose of this polaroid portrait project is to take intimate & spontaneous snapshots of the many passionate people who perform, produce & partake in our outstanding Colorado music community. Each photo is as organic, unedited & unique as the smiles they showcase.

(If you &/or a friend are featured in a portrait please contact me with your mailing address & I’ll send you the original austinkoontz@odellbrewing.com) 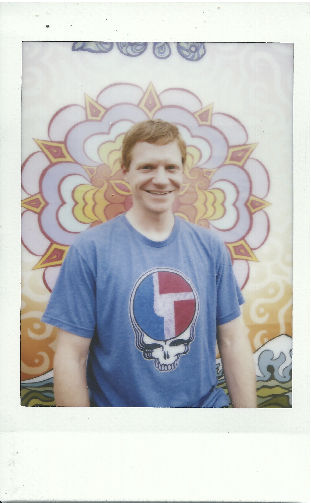 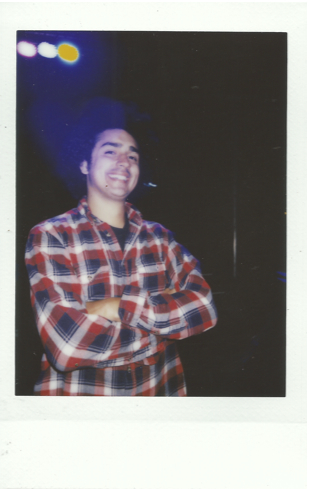 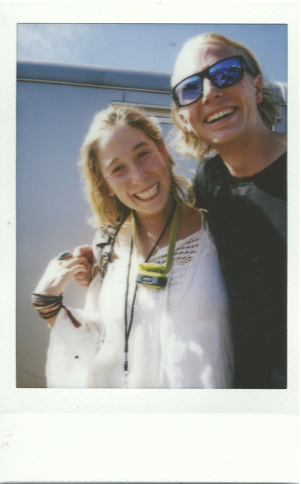 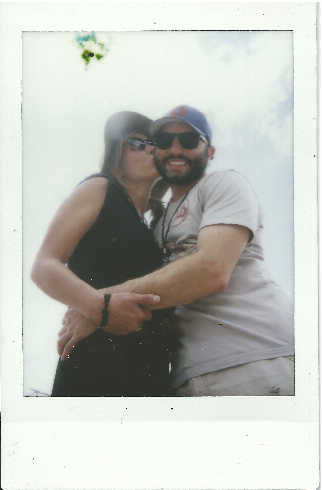 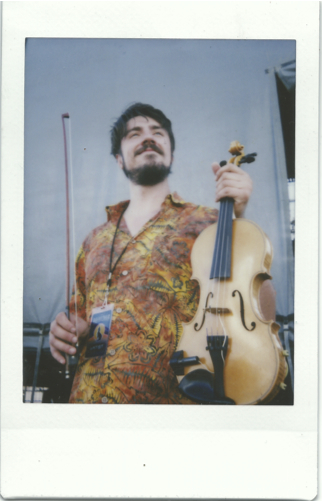 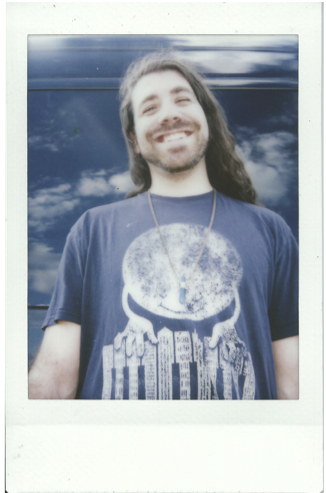 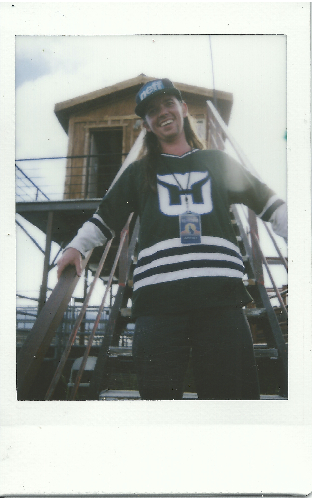 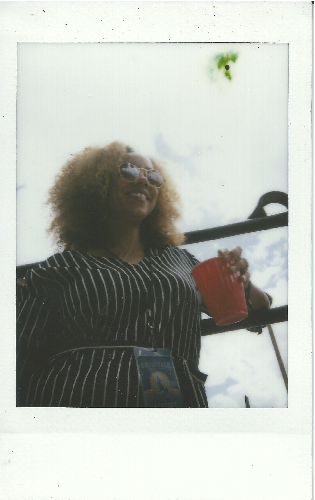 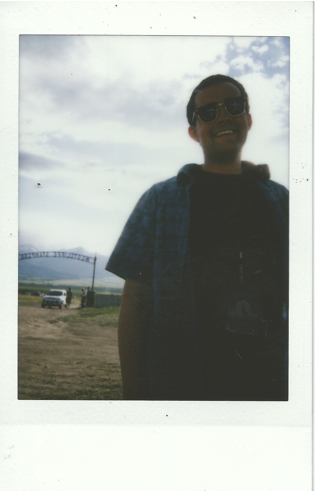 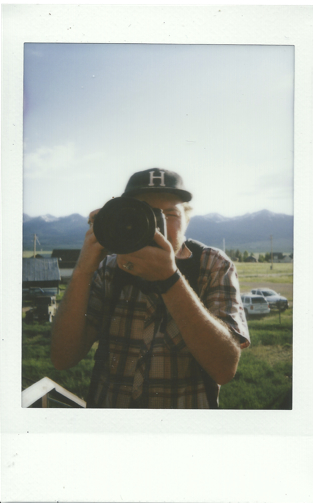 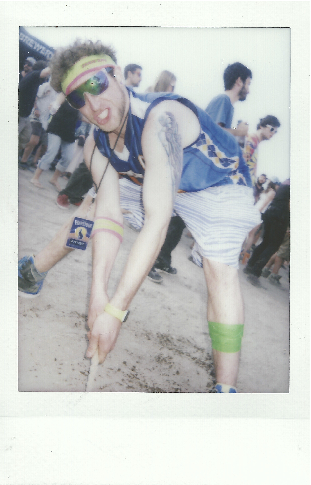 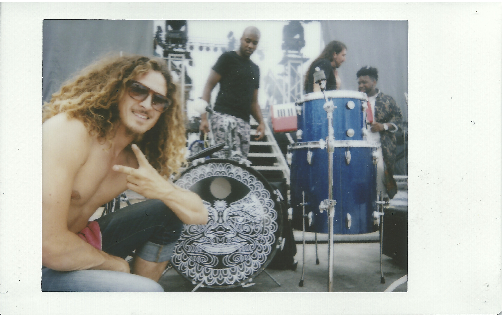 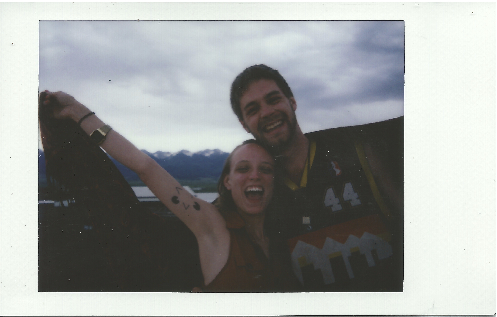 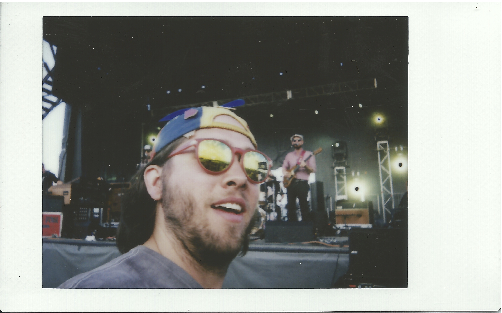 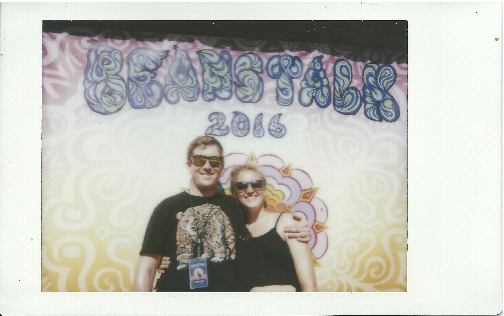 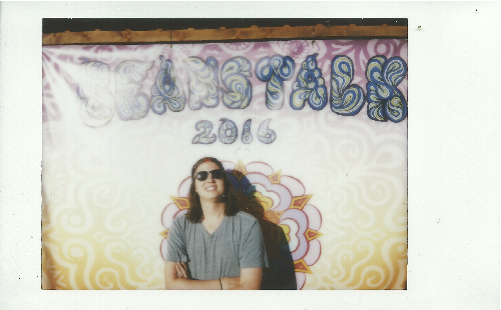 A huge thanks to this magical man for founding, running & headlining his own festival.

I’m forever inspired & grateful to play a part in this magnificent musical movement. 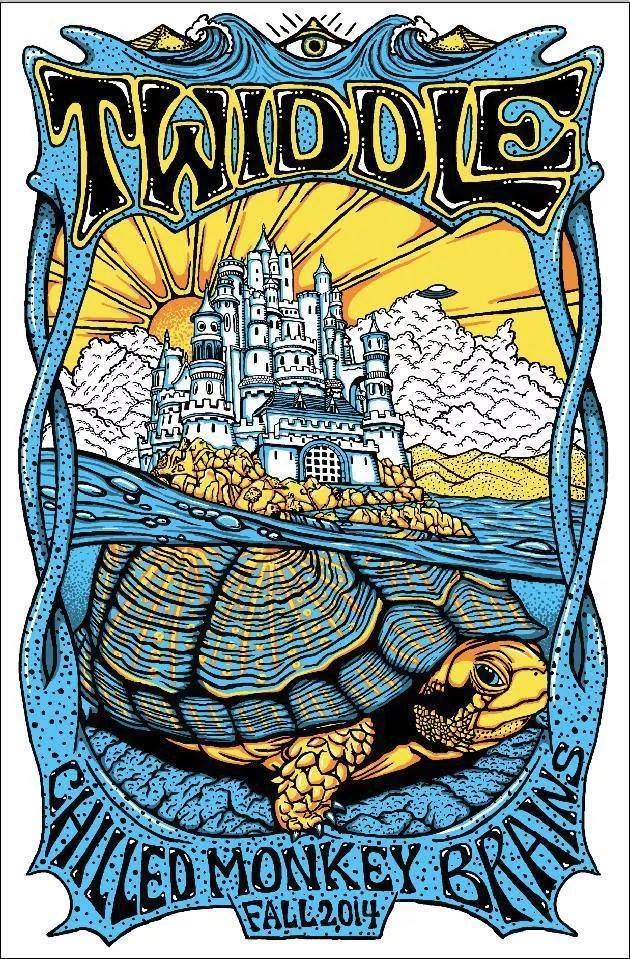 (Article previously published at WhenTheMusicsOver.net on 11/18/14)

Just saying it generates a grin, like some sort of oddball onomatopoeia from a Dr. Seuss story. And when you witness the band’s progressive, eclectic and high-energy mix of music live, you’ll inevitably dance and smile till you’re sore.

Twiddle hails from Castleton, Vermont but call Colorado a second home. Their show on November 13th at the Aggie Theater in Fort Collins, Colorado kicked off a four-night rocky mountain run that featured sold-out shows at The Bluebird Theater in Denver and The Fox Theater in Boulder. These Colorado concerts are part of the last leg of Twiddle’s 39 show, Chilled Monkey Brains Fall Tour that included recent dates alongside Papadosio, The Werks, Zoogma, and an array of surprise guests.

Their live show is as unpredictable as it is undeniably fun and free-flowing. Specific songs showcase the rock edge of Umphreys McGee, while others wander whimsically like a Phish show, reggae songs spark notions of Rebelution, and if you close your eyes during any of their acoustically-driven jams it sounds like Nahko and Medicine for the People. But Twiddle is much more than a collection of comparative bands. They cook up a gumbo of genres so tasty that trying to pinpoint a particular ingredient or influence would take away from the overall flavor. A unique flavor they describe as, “3-dimensional music,” that, “obliterates the laws of improvisation and spins tall tales over an intricate soundscape of hi-def shred.” Which is about as accurate and abstract as it gets when attempting to describe the music they make.

The captivated crowd is much more concerned with dancing to their music than defining it, and the fun-filled family atmosphere at The Aggie Theater was a warm and welcoming escape from the early winter chill outside. “Thanks for coming out on this cold cold night,” says lead singer and guitarist Mihali Savoulidis, looking even more like a lion as his long locks dangle down over a large lion face t-shirt. To his left, bassist Zdenek Gubb is shoe-less in his trademark beanie bouncing up and down on a hyper-orange moon mat as Brook Jordan sits smirking uncontrollably behind his drum set and Ryan Dempsey delivers killer keys while wearing a Teenage Mutant Ninja Turtle onesie. The entire band appears very at home on stage; exhibiting a combination of comfort and comradery that can only come from a foundation of friendship and tirelessly touring across the country. There are times throughout the set that seem as if we’re witnessing the type of magical jam session that only exists in an intimate home studio set up. It’s immediately evident that every member of Twiddle is a masterful musician and their ability to adapt seamlessly to any style transforms seemingly ordinary songs into exciting, ever-evolving musical experiences.

With this tag-team of talent and tenacity, Twiddle is clearly the type of band that will be around a long time. They’re not only surviving, but thriving within today’s constantly changing music scene. Proving that amongst an almost endless sea of ‘jam bands’, quality will always triumph over quantity. Thus, Twiddle has transformed from the funny named band near the bottom of a festival bill, into the type of band that plays the main stage and makes instant fans out of anyone who happens to hear them.

In fact, most people in attendance at The Aggie Theater credit a trusted friend or a random festival for introducing them to Twiddle, and like myself, almost everyone has turned that initial introduction into many more shows and stories of the band treating them like family instead of fans. Some of that family even flew out from as far as Vermont and Massachusetts for this string of shows, and their fanaticism is well warranted. Their efforts were rewarded with rowdy covers of Sublime’s “Smoke 2 Joints” and Jimi Hendrix’s “Purple Haze” as well as fan favorites like “When it Rains it Pours” and “Frankenfoot”; for which they brought out local guitar prodigy Jaden Carlson who walked on stage sporting a Boba Fett helmet and ripped through technical riffs as if her talent truly came from a galaxy far far away.

If you missed out on Twiddle’s epic rocky mountain run, don’t stop smiling, just make sure to see them in a city near you as their Chilled Monkey Brains Fall Tour comes to a close with the five following shows:

For tickets and additional info click here and if you’re still undecided on how to ring in 2015 the boys will also be playing The Palladium in Worcester, Massachusetts on New Year’s Eve alongside Dopapod.

Catching Up With Conspirator (SPINR Magazine #3)

Catching up With Conspirator

It’s a frigidly cold Colorado night as plumes of smoke scurry away with the wind whipping through the back alley of The Aggie Theater. Marc Brownstein of Conspirator stands shivering amidst streaks of snow answering a fan’s question about his age by saying, “it’s like the wind-chill factor, I’m almost 40 but it feels like 25.” As that iconic smile stretches across his face, it’s evident that Marc embodies this youthful, optimistic outlook, enabling him to both possess the wisdom of a jam-band veteran while preserving the ambition of a musical rookie.

Marc started the Disco Biscuits back in 1995, but despite all his accomplishments through the years he says, “I don’t feel bored at all making music.” This creative restlessness has resulted in him starting up multiple musical endeavors (Conspirator, Younger Brother, SuckerPunch), co-founding a non-profit to promote voter registration (HeadCount), establishing and headlining a highly successful music festival (Camp Bisco), composing a rock opera (Chemical Warfare Brigade), hosting a radio show (Jamtronica on Sirius XM), and remixing hip-hop albums (Ski Beatz vs. The Disco Biscuits).

Marc’s current focus is Conspirator, which has gradually grown from being considered a side project into a full-fledged band with it’s own sound and fan base. “I’m starting to see it turn from a thing that our old fans used to come to see just as a novelty because we were in it, into really having it’s own identity,” Marc says. “We’re trying to do something completely different and when you’re starting something new, you don’t know if it’s going to be popular. You just put your heart and soul into it, then promote it and believe.”

That constant belief and promotion has paid off with the recent release of Conspirator’s first studio EP, Unleashed, as well as a 28-city tour and a full festival season this summer to back it. There’s no telling what their future holds, but with that much momentum, it’s clear that they don’t plan to slow down or stop anytime soon.

Newton’s first law of motion states that bodies at rest tend to stay at rest, but when Marc Brownstein rests, he tends to make more music. Consequently, Conspirator was born in 2004 during a brief hiatus from touring with The Disco Biscuits, when fellow Biscuit, Aron Magner, who Marc refers to as his “musical soul-mate,” first proposed the project.  The idea took off and allowed them to guide their well-honed creative chemistry in a different direction. This departure from The Disco Biscuits developed a unique sound that strays away from a jam-oriented style, yet maintains the same spirit of eclecticnes and excitement. “We wanted to make electronic music with an element of surprise,” Marc says, “playing with the beat and adding in all kinds of stuff that all comes together to create a whole new genre.”

Genre is a tricky word when it comes to Conspirator. Their music encompasses a wide range of rock and electronic elements that fuse together to form a sound that orbits around, “a heavy, electronically produced core with a skillful and melodic homage to instrumentation.” Marc is quick to sight Simon Posford of Shpongle as one of the forefathers of this type of live electronica. “ He is a huge influence of mine and also one of the guys who gave us the idea that this was something that could be done.”  Conspirator continues to build off of what Posford pioneered and their diverse audience is a testament to the way their music bridges genres. 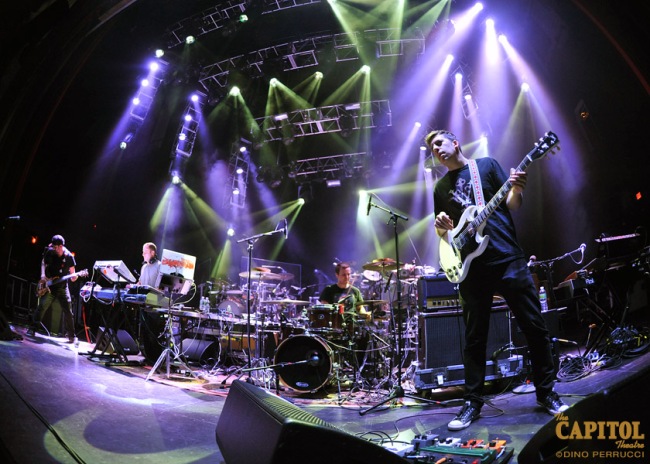 Conspirator’s crowd encompasses all ages and types of fans. Ranging from middle-aged men who hired babysitters to come to catch a couple of their favorite Disco Biscuit’s play, to neon-clad college kids unaware of the band’s past. “Sometimes we’ll meet kids and have to explain to them who we are,” Marc says, “That’s my favorite thing, people just being there and loving a new band when they don’t know about our other band or the last 20 years.”

Having just turned 40, the topic of age is inescapable, yet rather than pondering the past, Marc chooses to focus on the future. When asked about his opinion on age, Marc replies, “To answer your question, Phil Lesh just turned 73 the other week and that guy still throws down hard for four hours. I see him as inspiration to be somebody who just has the longevity and also Miles Davis as somebody who was not afraid to completely switch things up and change the way they make music.”

While Marc may disprove Newton’s first law of motion, he personifies the theory that the only constant is change, and also ‘haters’. “Don’t let the haters get you down, because if you’re going to be anything, you’re going to have haters. Since before the Internet, there were haters, but you shouldn’t give up if somebody else is telling you it’s not there. We had an OG hater back in 1997 who was at a show and said, ‘I’m in the music industry and you guys don’t have it. Go back to school and don’t quit your day jobs,’ which just fueled us and we were like ‘Screw that guy, we’re going to be successful on our own terms with our own sound’.” Conspirator has managed to transcend the haters, and thanks to a positive and progressive attitude, they’ve prevailed. “It’s all tied into dedication. That’s the key-practice hard, never give up, and be yourself. ”

To view a digital version of this article in issue #3 of Spinr Magazine click here (pg.12).