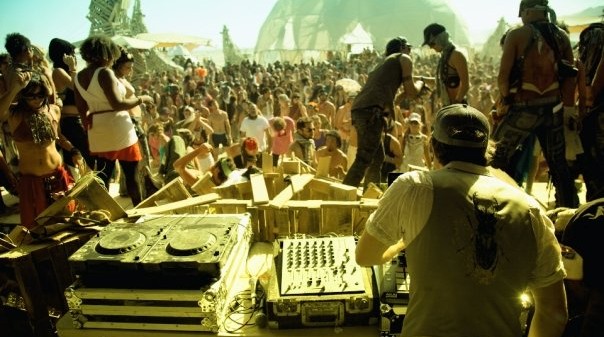 It’s over an hour into Random Rab’s set and not only has he played several exotic instruments I’ve never heard or seen before, but his drummer has yet to use sticks.

Although this may seem strange, it’s a good example of the type of world in which Rab and his art exist; it’s organic, alive and abstract. Rab doesn’t just make music. He creates surreal soundscapes by translating his emotions and experiences into songs that are as mystically beautiful as they are multifaceted. I caught up with Rab in Colorado to talk about playing the pyramids, sampling a space heater and the transcendent power of all art.

AKcreative: Earlier this year in an interview with Sparkleberry Lane you envisioned 2012 as, “a ripe pomegranate ready to burst open and spill juicy jewels all over the floor.” Now that it’s late August I was wondering how that pomegranate has tasted thus far?

Random Rab: It definitely burst and there’s lots of juice flying everywhere. 2012 has been a huge shift in my career and the scene in general. I’ve played a lot of sold out festivals and I get to go to Egypt towards the end the year on the solstice to play at the Giza Pyramids. Having that at the end of 2012 pretty much signifies to me that something’s going right.

I also have Burning Man coming up, which is going to be huge with all sorts of shows going on while I’m there. In November I get to go to Australia and play a full solar eclipse and sunrise set, which will actually be my second eclipse of the year. So there’s something about 2012, and I’m not necessarily buying into the whole ‘2012 thing’ as it’s presented by our culture, but it’s definitely going off. There’s tons of cool shit happening along with lots of alignments.

Is that one of the reasons that you tend to play so many shows that correlate with all these significant natural phenomenon?

I definitely love aligning with celestial events whenever I can because nothing can change when that’s going to happen and when you align with it everyone’s energy focuses or changes. Those events already have so much power in them and when you add music they become even more magical.

While we’re speaking about celestial events, you actually started the now legendary sunrise set at Burning Man and this year will be your fifteenth time performing there. What influence has that festival and its creative community had on your evolution as an artist and a person?

I think from an artistic point of view it’s really gave me the opportunity to play for audiences in a really crazy environment. It’s like your on the moon with all the dust and the people are beautiful and all very open and wanting their lives to change. They want something to happen that impacts their life at that moment. So you really have to be on point and in touch with both your audience and your art to make it work. Which really forces you to get in touch, get real and get present while also operating on no sleep amidst all of this energy coming at you from different directions. Another thing is this community thing that happens at Burning Man where you get to meet people from all over the world and really spread your wings amongst that community.

You’ve mentioned that you make music with the hope that it can carry you and your audience to a, “place of great understanding, knowledge and bliss.” What is it about your music or music in general that allows it to evoke such a sensation?

When was the first time that you truly experienced music as something more significant and stimulating then mere sound?

I’ll never forget it. My dad had the Chariots of Fire soundtrack on a 45 record and I put it on as I stood in the living room with a chopstick pretending that I was the conductor of an orchestra. I remember closing my eyes and feeling this total out of body experience came over me and I fell over. I was like ‘oh my God what is this?’ and I played it over and over just wanting to get that feeling again. I kept trying to figure out where that was coming from since it was so mysterious to me and I had never experienced anything like that before.

To this day I still try to evoke that same feeling in myself where it’s kind of like where you close your eyes and then you’re gone. Once again going beyond the sound of music and into the sound of everything.

For that type of feeling or experience to exist it’s essential that you and your music remain free from any pre-conceived conventions. This theme of all around artistic freedom carries over to your own life, with the way your music defies definition and you chose to move out of the city and onto 50 rural acres of redwood.  What is it that you dislike most about being creatively contained or controlled?

The hard part is when you start to put expectations on what kind of music you’re going to make or how that music will be received. When you start to have expectations then you can set yourself up for massive failure. If I go into my studio with the expectation that I’m going to make another fucking incredible track that I’ll love for the rest of my life and it doesn’t happen then I can really get depressed.  I’ll try again and then try harder wondering ‘what am I doing wrong,’ but when I finally let go of all those expectations and just do what comes naturally then I’m free. You really have to be careful with art not to get stuck in your own pigeonhole or your own little rut. You have to allow yourself to be free and just do it because you love it and not because you feel like anyone including yourself is expecting something out of it.

Do you apply that exact concept to your live shows? Or is your set a blend between pre-produced songs and improvised sampling?

Tonight we’re actually doing just that by using our set as a basic structure and just expanding upon it. Normally when I play my sets I don’t plan anything. But when I’m playing with other people it helps to plan a little bit and have some idea of where you want to go because if it’s totally free form then it can become a technical nightmare. I always try to treat every show like it’s own unique thing. It doesn’t matter what you want out of the music cause if the crowd responds differently then you were expecting you’d just have to go with that. You can’t force it down anyone’s throat or just give them what they want since it’s a journey and it is important to stay flexible and in touch with what’s going on right here right now.

What is the best or most beneficial thing that you’ve learned from touring and making music with Simon Posford (Shpongle)?

Simon is an amazing person and that’s evident in his music, which is super powerful. There are a couple of things that I’ve learned from him. One is that he knows how to stay humble within his art and he doesn’t get caught up in the typical ego thing that a lot of other artists may. Also after hanging out with Simon I’ve realized that he is an outstanding storyteller and when he tells a story it’s the most captivating thing to the point where the most random thing ever or what just happened to him at a restaurant sounds like this epic tale. He weaves a story so well and I see that come through in his music.

How did you get the opportunity to compose music for the Princess of Abu Dhabi’s bachelorette party?

I did a project for the fortieth anniversary of The United Arab Emirates and Abu Dhabi where I composed some music for his architectural installation. She heard the music through that big event and wanted someone to create some custom songs for her party so she asked me. It was such a pleasure and honor to make that music for her and I’m really happy to have had that experience.

What’s the oddest instrument or sound you’ve ever sampled?

I hope all of them are the oddest ones. I try and always look for cool new sounds. One of the most interesting things that I found was when I turned on my space heater it’d make this really weird sound so I sampled that, ran it through Melodyne and changed the frequency so it sounds like this really psychedelic and awesome sitar now.

Music is your vehicle for…

Knowing myself, knowing truth, and connecting with other people through my true voice.

The first record you ever owned was…

Motley Crue “Shout At the Devil”

Thank you so much for making it possible for me to do this as a living and share this with all of you.  I can’t thank everyone enough because without my friends and fans none of this would be possible. So I have everyone to thank for my life and I hope to return the favor through what I do. 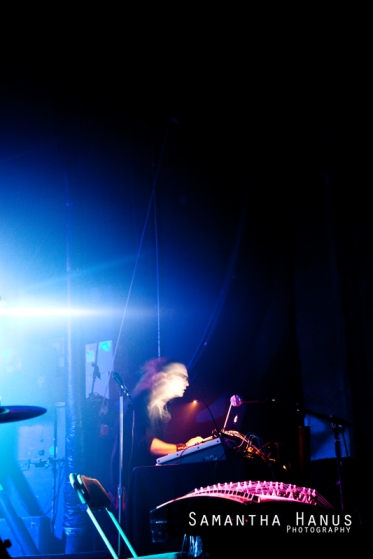 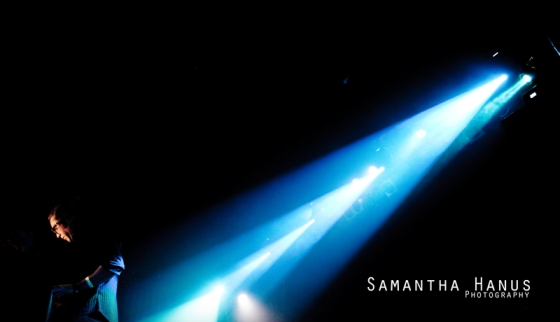 * Thanks to Rab for the interview and Sam Hanus for the live photos.For more on Random Rab click here and if your ears are eager to taste some of his magnificent music here’s an appetizer.

This entry was posted on September 18, 2012 by austinkoontz. It was filed under Aggie Theater, Burning Man, Random Rab, Shpongle, Uncategorized .